Tina (Valeria Golino) devotes all her time to bringing up 10 year old Vittoria, whilst the young child’s self-indulgent biological mother Angelica (Alba Rohrwacher) crashes through life in a whirlwind state of intoxication. When Angelica instinctively tries to claim Vittoria back, the girl becomes the object of conflict between two women’s radically different ideas of what constitutes motherhood. Set in Sardinia, Daughter of Mine is an arresting melodrama which also has a humorous undercurrent in the way it presents an observant and authentic portrayal of island life. The film was shown earlier this year at the Berlin International Film Festival, and recently won the Golden Anchor Competition for Mediterranean Cinema at the 34th Haifa International Film Festival. Valeria Golino won the Best Actress award at the 2015 Venice International Film Festival for her role in Anna (Per Amor Vostro). 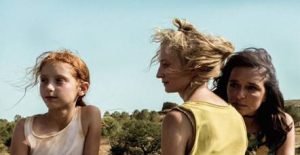 BFI London Film Festival public screenings of Daughter of Mine: